Burl Wood in the American Sycamore?

A discussion of sycamores, burls, and sawing techniques. April 27, 2007

Question
I have a large sycamore burl(?) I am considering putting on the mill. I read about an individual who went through a lot of trouble harvesting, hauling and sawing up a large oak burl. When he cut it open, it did not have the characteristic “burl wood” look. Instead, it simply looked like it had super-sized growth rings. One party in the discussion said it was not a burl, but was a tree scab.

This lead me to do some research on the web so I don’t make the same mistake he did. I couldn't find what I would classify as an American sycamore (Platanus occidentalis) burl. The few sycamore burls that were clearly identified said they were a European variety. Other references on burls listed the most common local species (Eastern US) that will grow burls, but omitted sycamore. Has anybody here actually sawn true burl wood from an American sycamore? 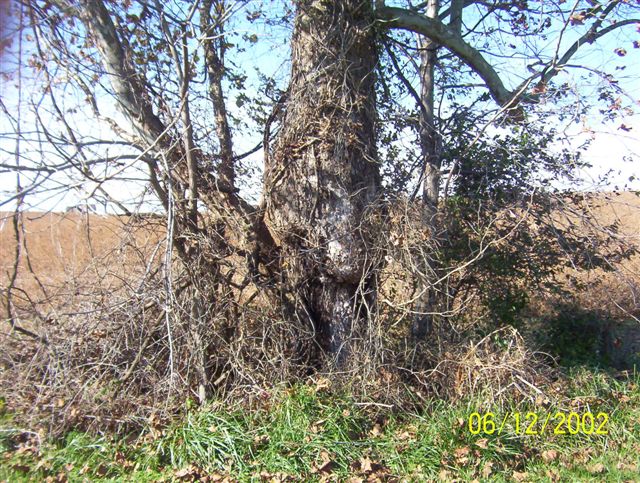 Forum Responses
(Sawing and Drying Forum)
From contributor J:
One sure way to find out is to saw it up - then it will no longer be an academic discussion. I sawed what I thought was a maple burl earlier this year, turned a bowl out of it, and once I got a look at it, it looked more like ring shake or some sort of bacterial infection that had affected the growth in a localized portion of the log. I have attached a picture of the bowl. The last sycamore I turned was burl-free. So I cannot speak directly to your question. But I would be willing to turn the burl into a bowl, if that would help. ;) 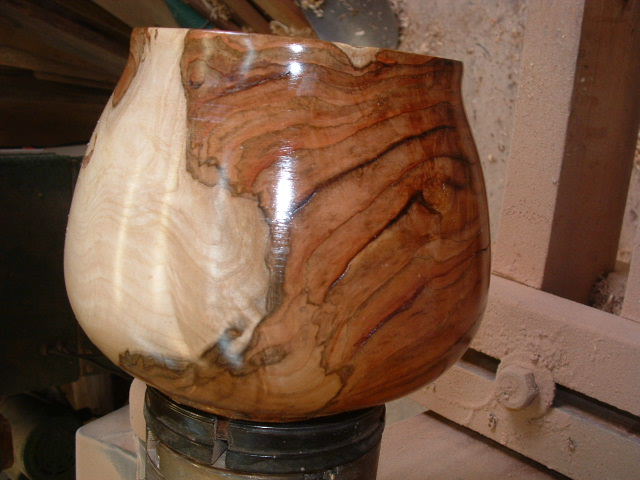 
From contributor K:
Some trees have really fine bud-knot figure, some have big quilt pattern, some are full of little dimples filled with bark inclusions, and some will just be a big bulge of faster growing cells with no character.

Since sycamore is not one that commonly has burls, you can get a pretty good idea what the figure will be like by knocking a little of the bark off with a glancing blow with a hammer, especially where the bark is a little more tilted and cracked up. This is easy in the spring, and hardest now.

However, when it comes time to cut it, even if it is quite figured, sycamore shows its best when it is QS, and I am just not too sure how exciting it will be even if it does have a lot of texture.

Having said all that, I would not even think of cutting it into lumber, if that is your intention. You will just likely turn it into a bunch of extremely cull warped lumber. Turning on a lathe, or gluing it down as veneer, is the best use of burl wood. One last tip - I often find some very nice figure just below and above the burl on large trees, so don't cut too close to it or you will ruin that part.


From contributor T:
I cleared out around it some two days ago and found out it is not as big as I thought. The trunk measured 120" around just below the burl. The burl is about 4' across, 5' tall, and wraps around about 3/5 of the trunk. It is much more defined than the picture shows. It protrudes from the trunk about 14". There is a second dark stain (matching the one in the foreground) on the other side of it. Earlier this summer I saw a stream of water running out of the one in the foreground. It looked like the tree was crying. When I cleaned it out, two angry-looking field mice came out of it. I poked around in there and found a cavity about 4" deep, but solid. Between the bump, matching dark stains on either side of it, and the (now) bald looking area above, it looks like a big head. The surface is hard to describe - it looks like the disturbed surface of water, i.e. muted choppy pillow waves with smooth crest…!

Contributor K, thanks. When you say "rare," does that mean that you have actually seen it? I've heard about sycamore's drying problems. I'm undecided on how to cut this and I'm open to suggestions. The thing is, if I cut this tree, I have to completely clean up the mess. I don't want to cut it unless I'm reasonably comfortable that it is a true burl. On the other hand, I don't want to damage a valuable burl doing an exploration.


From contributor K:
If you are going to try to market it before cutting, I would suggest that you work on your photography a little. Try clearing out some of the vines, and get in closer. And if you do as I suggested, de-barking a little spot that reveals good figure, get a macro photograph of that, then go to some of the turning sites, and people that supply them with turning blanks, etc.

From contributor J:
I talked to a turner today and he said that he has turned sycamore burls and found that they didn't have the bud/eye type figure found in some maple burls. But it is attractive in its own way, just different than one might expect.

From contributor T:
I have sawn hundreds of burls large and small, but only domestic (USA) woods. I have never sawn a sycamore burl, but I can't imagine it not developing an eye pattern. Every single burl is different from one another even within the same species. You may find similarities in color and grain patterns, but you will find many different variances before you find one similar to one you have sawn once before.

I have sawn a few logs that were covered in burls all the way to the center pith. I have yet to find a tree with two or more burl patterns within. Burls are treasures of nature, and take an experienced eye to open them up correctly. There isn't exactly one proper way, either. The best way is to learn on small ones before attempting a large one.

Plainsawn burl usually produces "eye" figure. Quartersawn burl produces more of a curl/ray (usually eyes sawn down their center) effect that tends to branch out from some sort of center focal point which tends to be the oldest part of the burl.

No rules apply to burls. I have also encountered ones that have had no eyes, and grew like an onion - like regular wood that grew faster. It generally seems from my experience and I what I have read and heard, that burls grow much faster than the rest of the tree. I have seen cherry burls with beautiful eye patterns, but others with the onion effect (just growth rings and maybe a few curls). Sadly, these cherry burls with the onion effect would shatter if dropped or struck even lightly because the rings had no bond to one another.

As far as sycamore burl goes, I imagine it would hold a beautiful quartersawn pattern and a beautiful plainsawn pattern with eyes, but there's probably a thousand varieties, if not infinite.

I've seen a lot of sycamores about two foot in diameter in rows planted on town streets, all completely littered in burl formations. I have yet to saw one to see what those babies hold.

It will help you to peel off an area of the bark to see what the solid wood looks like, but whatever it does look like doesn't mean the rest is going to look like that, so take a few samples.

I believe a "burl", "scab", "knob", "tumor", or as elders know, "gall" is generally now known on the market as just "burl" as a common term. A burl is a burl, it's just a matter of does it hold the grain pattern we desire or not? You will never know until you saw it. I have even seen burls where the grain patterns changed over the years. Like beautiful eye patterns engulfed over time by straight plain grain, but those seem more rare than fully eye figured burls.


From the original questioner:
When I told one of the co-owners that I wanted to clear out around the burl to get better pictures, I was told that they were going to hold another skeet shoot there in a few days and wanted a place to answer the call of nature in private. (There's no other cover within 500'.) Don't worry - they shoot away from the tree.