CNC routers can start fires when things get out of control. Here are some photos and some stories. January 19, 2012

Question
This is some good info on leaving a CNC machine unattended and yet it still will not prevent this from happening. I am humbled by the fact that I have caught my machine on fire and keep fire extinguishers near at all times. As with any tool there are inherent dangers. I have come a bit further with the use of my machine and used to cut too far into the spoil board (now corrected) yet this was caused by running someone else’s file and not pre-checking the code. 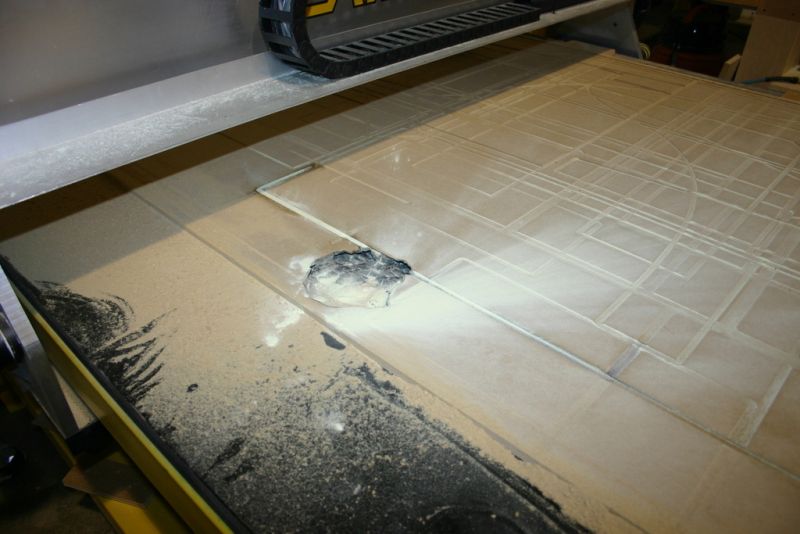 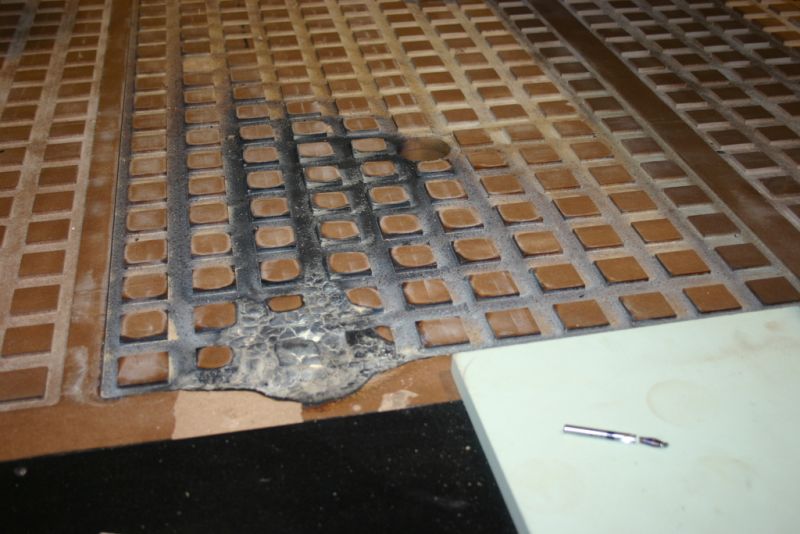 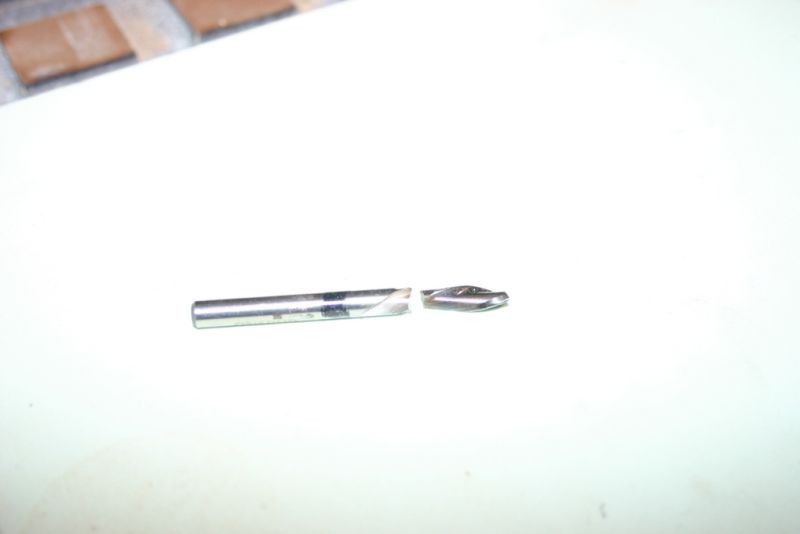 Forum Responses
(CNC Forum)
From contributor T:
I am impressed with your openness, candor, and willingness to share the "other side" of what happens when things go wrong. If you do not want to replace the table, bondo or epoxy the damaged area and re-machine to specs. I have done this dozens of times and it works well.


From contributor M:
I’ve been there done that, as has anyone else I know with a CNC router. Mine was from a poorly reground down spiral into ldf spoil board. The vacuum pulled it right through the board! You may have me beat on the melt factor, but not by much.

From contributor D:
People should be aware that CNC routers are like using a bow-drill to start a fire; you wrap a string around a stick and tie both ends to a small bow and twirl the stick around rapidly in a nest of shavings or kindling, while blowing on the smoke that is generated by the friction of the revolving stick. A CNC router can be a giant, mechanized version of this, with the vacuum providing oxygen for the potential fire. Be careful about pocketing cuts that leave chips or dust in the pocket, while the bit spins away making multiple passes. CNC fires are probably more common than people think, especially if machines are left unattended for long programs.

From contributor W:
I noticed the broken tool was a down cut tool. Never plunge straight down with a down cut, you will start a fire every time. Only ramp in your cut.

From contributor J:
Been there, done that. I dare say anyone who has used CNC's for any length of time will have an oops or two. I run unattended all the time but never using someone else’s programs and never without verifying my Z’s first. Like you, I learned these the hard way.

From contributor G:
I don't have that issue much with plastics, and as such have left my machine running without worry (CNC job shop since 1997). However, wood is another matter entirely. My favorite (ha ha) was recently a piece of laminated wood a sign shop gave us. My router guy, not really from a shop background, didn't notice that it wasn't aluminum glued to the top of the 1" wood, it was galvanized steel.

I smelled the burning first, looked in and saw the scorching and the sparks fly on every entry and shut off the machine. Close call, but we would never have cut that unattended, only I do that after regular hours. I was amazed the router cut the galvanized at all, and actually pretty good for a little while, but lesson learned.

Another story, while on the topic of fires, was that one of my competitors was presumably running a job at night and had the air compressor on (for tool changes or cooling I would think). It blew a fitting, started running non-stop and eventually caught on fire, possibly due to dust around or on top of it. His insurance barely covered the initial clean up! After that, I now worry as much about leaving the compressor power on as I do the CNC running.

As far as checking the code you never leave code running you aren't really sure of. One of my first CNC mistakes was not checking/understanding the code. I scaled a set of letters 12x, not realizing that I also scaled the depth to 12" deep from 1" deep. I use mainly 1/4" bits now, but was using a 3/8" - 1/2" behemoth at the time, about 6" long (for foam). It went right past the spoilboard into the aluminum extrusion below and then started trying to cut the letters! I had a "trophy case" of aluminum bits in foam for a while after than one.