Inverter power supply electronics generates heat, and the units should be adequately cooled and ventilated for good performance and long life.October 26, 2011

Question
I have a machine that is powered by an inverter that is located in an unventilated cabinet. I've had the machine for almost a year and the inverter has already failed and needed replacing. It was under warranty but the machine was down for several days. I'm concerned that this will happen again.

The cabinet measures 2mx2mx0.5m and the inverter is in the top right corner as can be seen in the picture below. I suspect that the inverter failed due to overheating caused by inadequate ventilation. The inverter has an internal fan which circulates air through the inverter and around the inside of the cabinet. I would imagine that as the air in the cabinet heats up this fan becomes less effective.

A guy came and had a look at the machine inverter. He represents a large UK based machine drives company. He basically said that the cabinet needed ventilating with air from outside the cabinet. He estimated that the inverter alone would generate around 500 watts of heat which would heat the cabinet up and increase the risk of inverter failure. Can anyone confirm the above and do I need external ventilation? 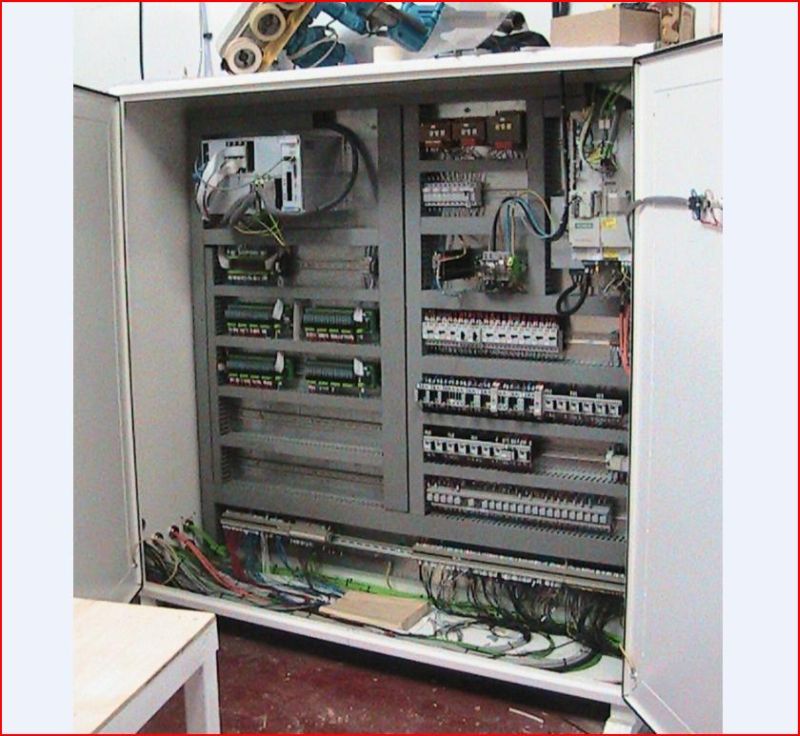 Forum Responses
(Solid Wood Machining Forum)
From contributor D:
Vortex coolers would help. Extra cooling is never a bad idea for electronics. There are numerous manufacturers of electrical cabinet coolers. The vortex ones use simple filtered compressed air, which is better than fans with filters which invariably pull in the tiny particles that bugger up magnetic relays, and much cheaper than air conditioning units.


From contributor U:
I see that you have the Siemens Simodrive unit installed. This is a good unit that can take heat. However, every machine is affected by the climate of the building that it is installed. Machine manufacturers are now having to compensate for the climate being warmer. The location of the inverters is pretty standard. I would recommend installing an exhaust fan on the top of the doors in front of the inverter with a filter. Then I would install an air inlet with filter on the bottom of the door. This way you can bring in cold fresh air from the ground level and exhaust out the hot air as it rises in the cabinets. It would be a good idea to put a digital thermometer in your cabinet and just check the temperature every few hours for a few days.

From contributor B:
That looks almost the same as our inverter cabinet. We have a 6" fan installed in the side of the cabinet for ventilation.

I've found something from the Siemens user manual about their inverters. See the graph below. As my temperature difference is 11C the service life of my inverter must be more than halved. I took this from the manual as well: "In practice, several hundred watts of power loss can be dissipated via the surface of the cabinet by natural convection. As a rough guide, you can assume 50 W per m2 of free cabinet surface area given a 10 K temperature difference with respect to the shop temperature.

Example 3: A control cabinet with a width of 2 m, a height of 2 m and a depth of 0.5 m arranged with its back to a wall has an effective surface area of approximately 7 m2 and is therefore able to dissipate some 350 W. If the losses in the cabinet are higher than this, other cooling measures have to be implemented. The power loss figures for the individual components can be taken from the device-specific technical user documentation. Pulsed or braking resistors can also be set up outside the cabinet in order to reduce power losses inside the cabinet and thus also the cooling requirements. As a rough estimate of the power loss, with internal heat dissipation the assumption is approximately 5 % of the input power to the drive line-up, as this is generally the largest power loss generator in the cabinet.

Example 4: An infeed of 36 kW results in a power loss of 1.8 kW which needs to be dissipated. 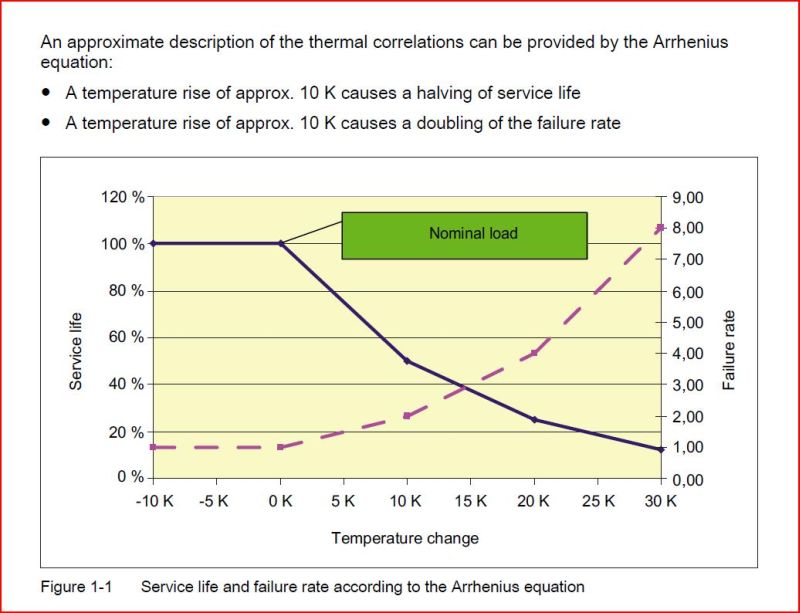 
From the original questioner:
I have just taken delivery of a variable speed drive for my extractor fan. A UK firm called Crompton Controls manufactured and supplied it. There are a few interesting things about it that I noticed straight away (photos below). The cabinet is large. The inverters are situated in the middle of the cabinet with a large fan below them and a vent above them (both of which are in the cabinet door). The inverters also have their own internal fans. The whole design of the cabinet seems to be heavily based on keeping the inverters cool. I didn't ask them to make it this way, they just did. 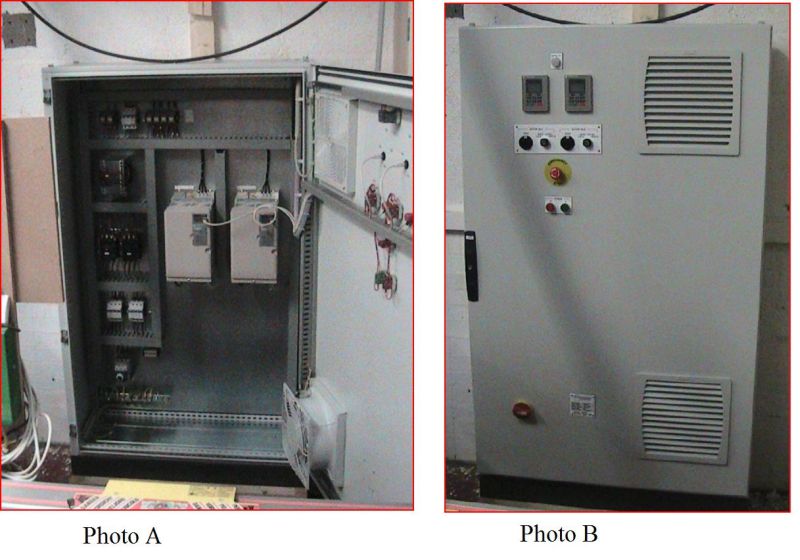