Is this "Fixed" Shelving?

Does a peg-bracket shelf with screws added to secure it fit the definition of a "fixed" shelf? May 5, 2007

Question
I asked for fixed shelving in some casework and was provided the shelving shown in the attached photo. When I think of fixed shelving, I do not expect peg supports (whether or not they are screwed to the shelf), and I expect the shelf to be tight against both sides. The sides of the millwork are also lined with peg holes up and down (as you would see in an adjustable shelf application). My millwork supplier says that this is industry standard. Am I being ridiculous in what I'm asking, or is my millwork supplier not holding up his end of the deal? 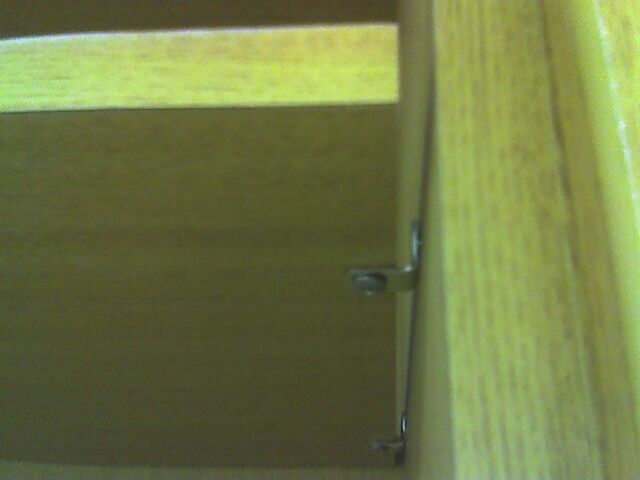 The Woodwork Institute states that fixed shelves:
6.2.193 Shall be properly secured to ends, divisions and back.

But that specification is primarily for commercial projects and must be specified on the architectural drawings. AWI does not really address fixed shelf joinery as far as I recall. What did your architect detail and specify?


From contributor E:
If a shelf can be removed and repositioned, even if it requires removing screws from the pins, and there are additional pin holes available to reposition it, then it is an adjustable shelf. A fixed shelf is just that, fixed, and usually has an edging that is integral to the face frame. This all comes down to what was specified and/or shown in shop drawings. Shop drawings should always be signed off by the customer so that there is something to refer to later that both parties have seen and agreed to.

From contributor J:
I see an adjustable shelf secured in place with screws. I assume the drawings don't have this detail or you would not be in this situation. And personally, if someone asked me for fixed shelving, then it would be permanently secured in place, with no gaps between the cabinetry.

But I don't know any of the details of your job, so like the previous posters stated, it comes down to what is detailed in the contract. It might not be what I consider fixed shelving, but it may be perfectly acceptable to someone else.


From contributor M:
I think this is going to be a sore spot between you and your supplier. I understand the other posts calling for this to be spelled out in your drawings, but I personally wouldn't have ever thought this would have been an issue on a project. As far as it being the "industry standard," I think it looks like a big pile of crap and I happen to be in the same industry.

From contributor L:
There are many ways of specifying work via standards. For commercial work those standards are: AWI, NASFM, WI. These are documented written standards and are not subjective.

The shelf shown is mechanically fastened vertically but not horizontally; the shelf is fixed in that it can’t be moved. It is a valid manufacturing technique allowing the manufacturer to reduce costs and use a single method and sizing for adjustable and fixed shelves.

Without more information of what preceded or what was written, it’s not fair to provide a subjective opinion. Written industry standards provide both the fabricator and the customer with clear objective guidelines of what and what is not allowed. Saving money by choosing to not use a standard leads to these kinds of gray areas/disputes. If the fabricator builds to a proprietary standard (his method of manufacturing) and sells and markets that standard, then that is his approach to the marketplace.

As long as he documents what he is doing and how he is doing it, then that is what the price is based on. We don't know when he asked for the shelves to be fixed; it could be after the cabinets and parts were cut. In our shop we would dowel the shelves to the end per the standards.


From contributor A:
Personally, I think it looks like a piece of crap and it would never leave my shop. It's not a fixed shelf and 95% of us would not do this unless the customer requested that way. This is what the crap import stuff does, not what a quality shop does. Sorry if this turned into a rant, but we do everything to elevate our professional standards, and someone puts out this quality of work. The only exception would be if the customer was trying to adapt something and have a fixed shelf and didn't want to pony up the cash for a new case. If it was in the quote and plans due to cost savings, then that is a different story. But it still looks bad.

From contributor B:
Yeah, I guess that shelf is fixed in place, but our shop would never dream of calling that a fixed shelf. When we call out a fixed shelf, it is integral to the casework and there are no gaps between it and the sides. Agree with contributor A on this. I can see where we might do something like that as a post-install request, but… yuck.

From contributor U:
That looks terrible! I'm in the UK and no cabinetmaker would supply work like that. The main reason is that you would struggle to buy such poor quality work from even a high street furniture retailer or a big flat pack company like Ikea or MFI, never mind a bespoke service.

From the original questioner:
Sorry for the delayed response. I work for a general contractor and the millwork has been supplied by an AWI Millwork subcontractor (which added to my frustration with the product). Since this post, I've talked to others at the company, and they seem receptive to correcting the problem. We'll see how long it takes though. For the record, there were no architectural details for the connection, but the shelves are specifically noted in the plans to be “fixed” (versus other locations which are noted to be “adjustable”). Thanks for all the comments.