A nice illustration in this thread shows how you can cut a 140-degree angle (for instance) on a chopsaw. June 17, 2010

Question
I need to cut a 140 degree bevel on my table saw but the saw only goes up to 45 degrees. I know it’s possible to cut any degree on both table and miter saw, but how? Is there a mathematical conversion involved?


From contributor V:
Remember that with the scale on a saw, when the scale is set to zero the blade is at 90 degrees. 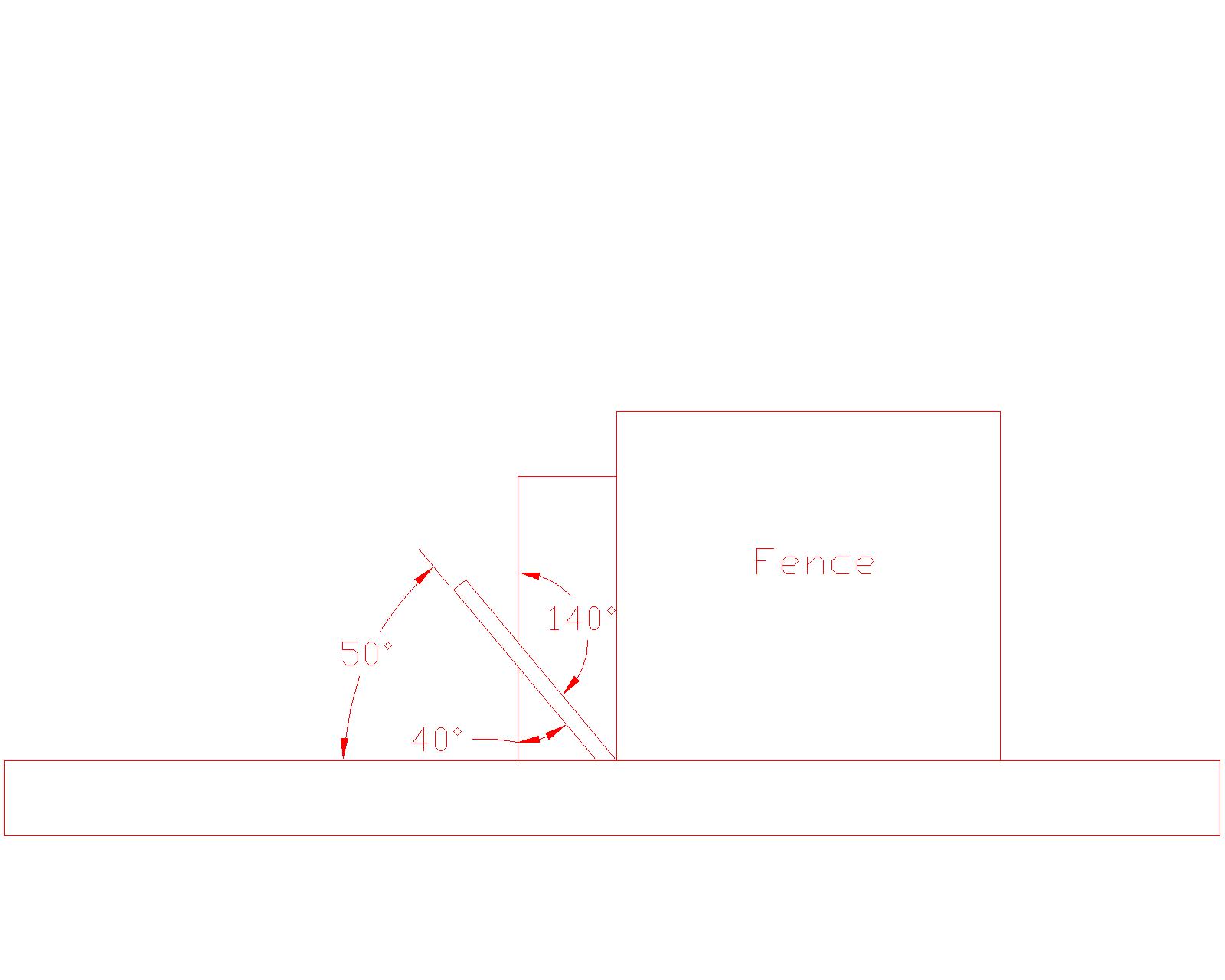 
From contributor V:
I forgot to add that although in the above illustration the angle between the saw table and the blade is 50 degrees, the saw scale would read 40 degrees. The reason is that when the saw is set normally, the blade has already traveled 90 degrees from the horizontal line of the saw top. That line can be seen as 180 degrees. 180 is said to be the number of degrees in a straight line. The saw blade cannot of course be set to completely horizontal or 180 degrees but is a point of reference with the blade. Since the blade is really 90 degrees but the scale reads zero to get to the 50 degrees you have to move the blade the difference of those two angles (90-50=40) so you let the saw scale move 40 degrees from its zero setting. To use the same logic on a chop saw, just consider the fence of the chop saw the same as the table saw top.