We've been getting the occasional request to build tables with a profiled Trestle base. Think big chunky turned leg, but not turned- Same profile on all 4 sides. My initial thought is that the multiple profiles are stacked, but maybe not? This is an obvious bandsaw job, but wondering if anyone has any input. 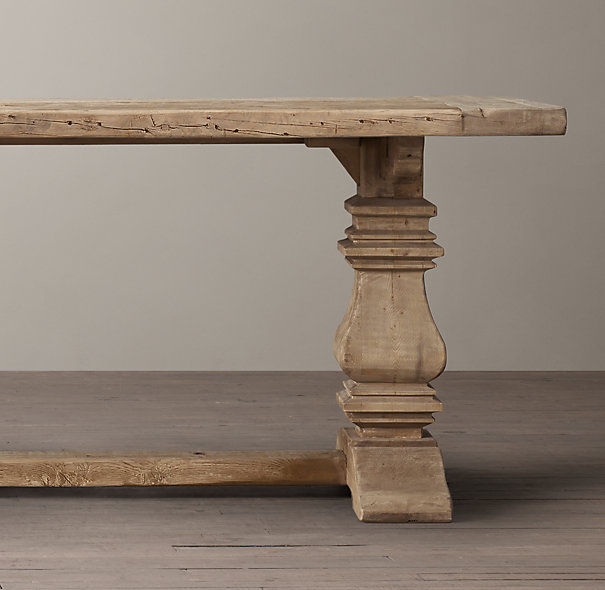 Here is an example of a baluster, but you could make a table post the same way. That is if you have the technology.

Legs such as the above were most often turned out in quantity by a machine like the Newman Rotary Knife lathe.

The lathe head spun the knives that make the profile, and the part is rotated or held in front of and presented to the spinning knives so as to make a round part, square, hexagonal, etc. These are made by the hundreds or thousands.

You can do the legs above without such equipment by making linear moldings and fastening them together to make the profile width/height of the leg, then cutting across the width and mitering the entire assembly to make a four sided leg. The grain direction is incorrect, though - if that matters.

Much easier than the bandsaw and a whole lot of sanding.

Holy crap! The Newman lathe looks high dollar! Then you mount one leg apt a time? Seems very slow for such an industrial machine. Back to the original posters question....why not draw a few versions of the leg in cad and translate into cam language and outsource to cnc owner, then miter fold and sand sand sand

Most knife head lathes like the Newman were fitted with a feeder that would hold 4-8 pcs at a time, and while one was being cut, a finished part would be taken out and a new v]blank put in. It takes about 35 seconds to profile one leg on all four sides.

Historically, these were chewed out with small frame saws, later with band saws or large scroll or rocker saws, then cleaned up with planes and chisels.

The molding stack and miter is a early 20th or late 19th century variation that bridges the gap between high labor and high investment.

If you go the CNC route, please post what your programming costs were. I am under the belief that programming costs for CNC are so prohibitive - or completely unavailable - as to severely limit the use of them outside of mass production or very simple work.

I have standard ones, but I can do custom programming as well. 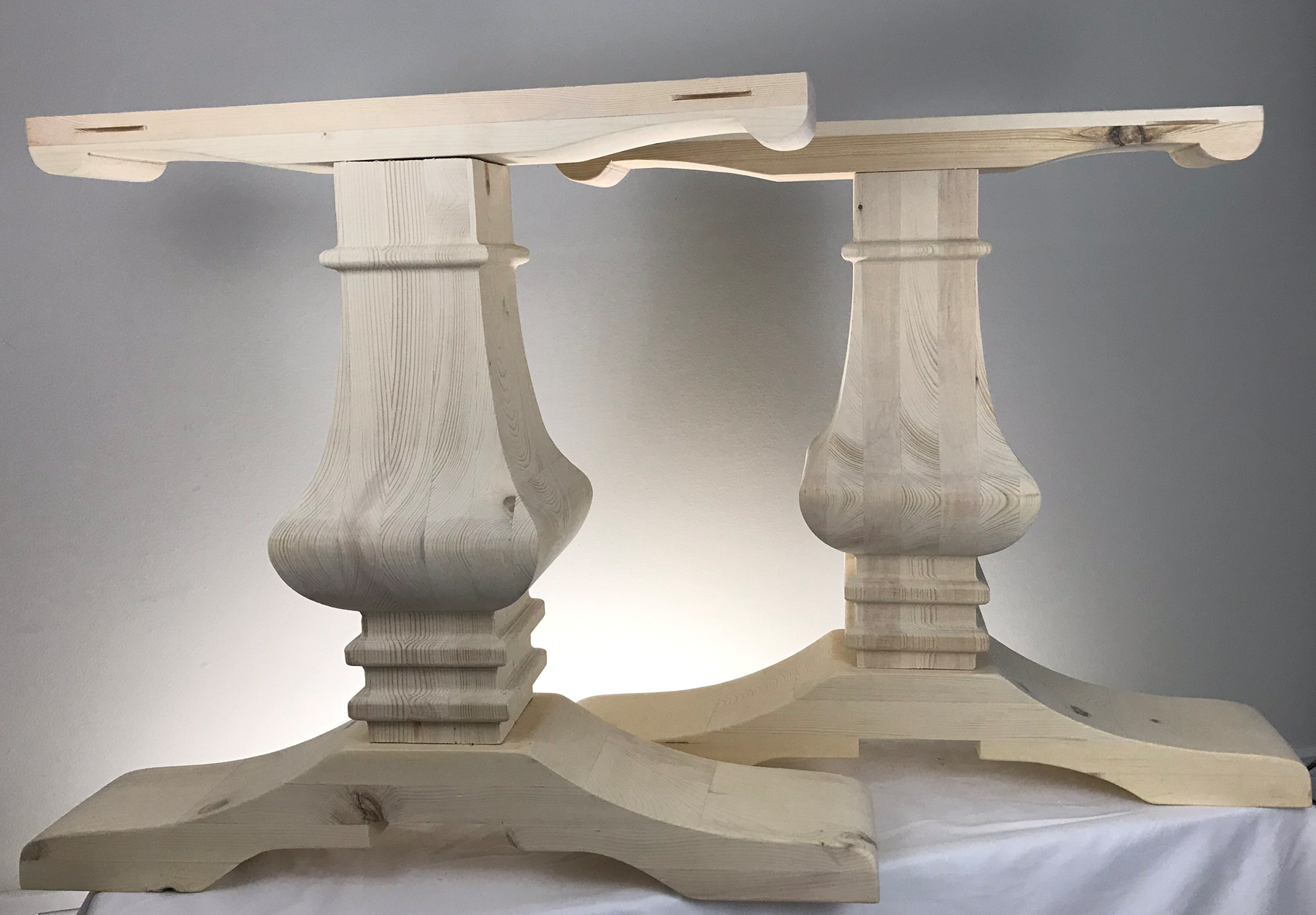 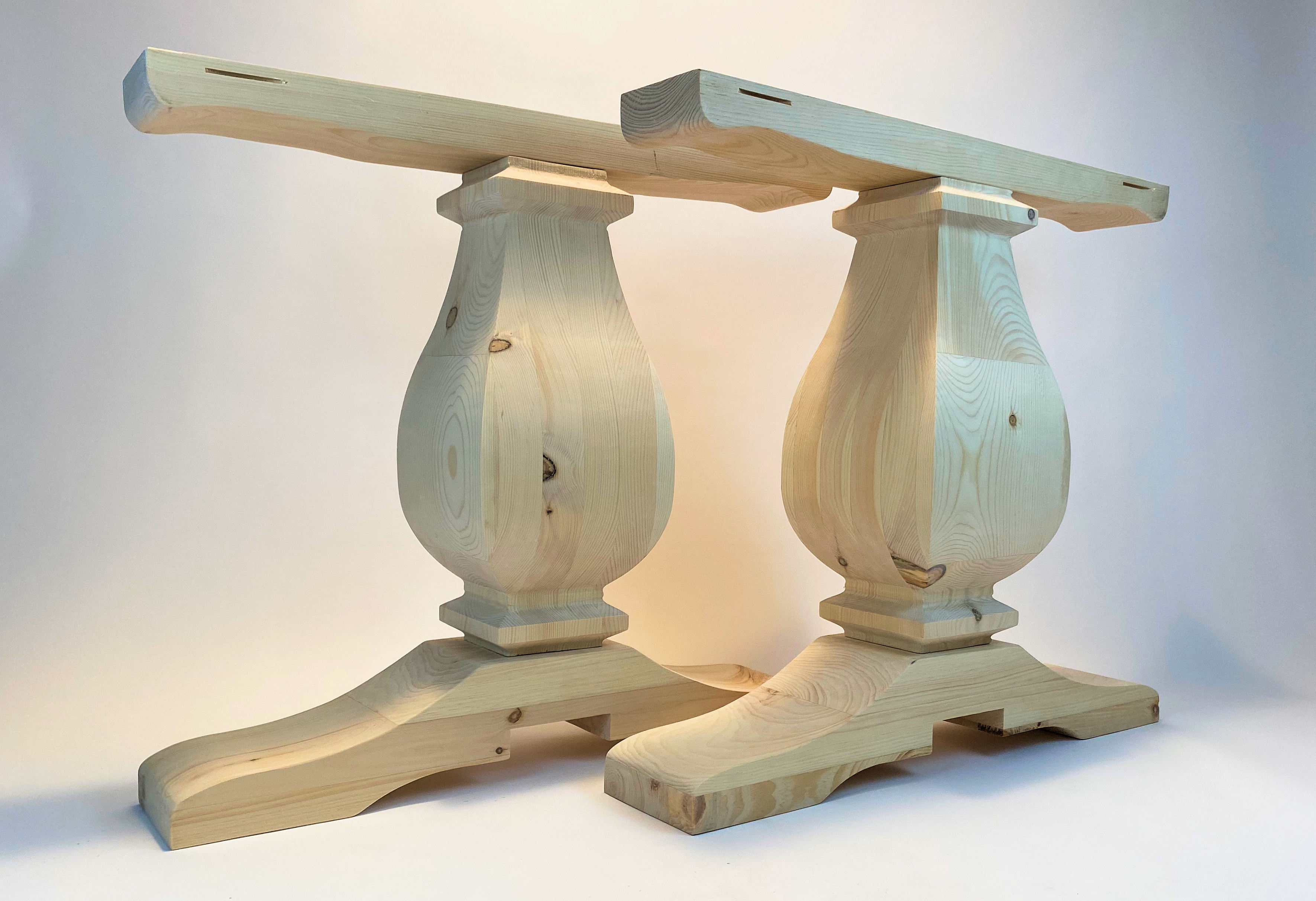 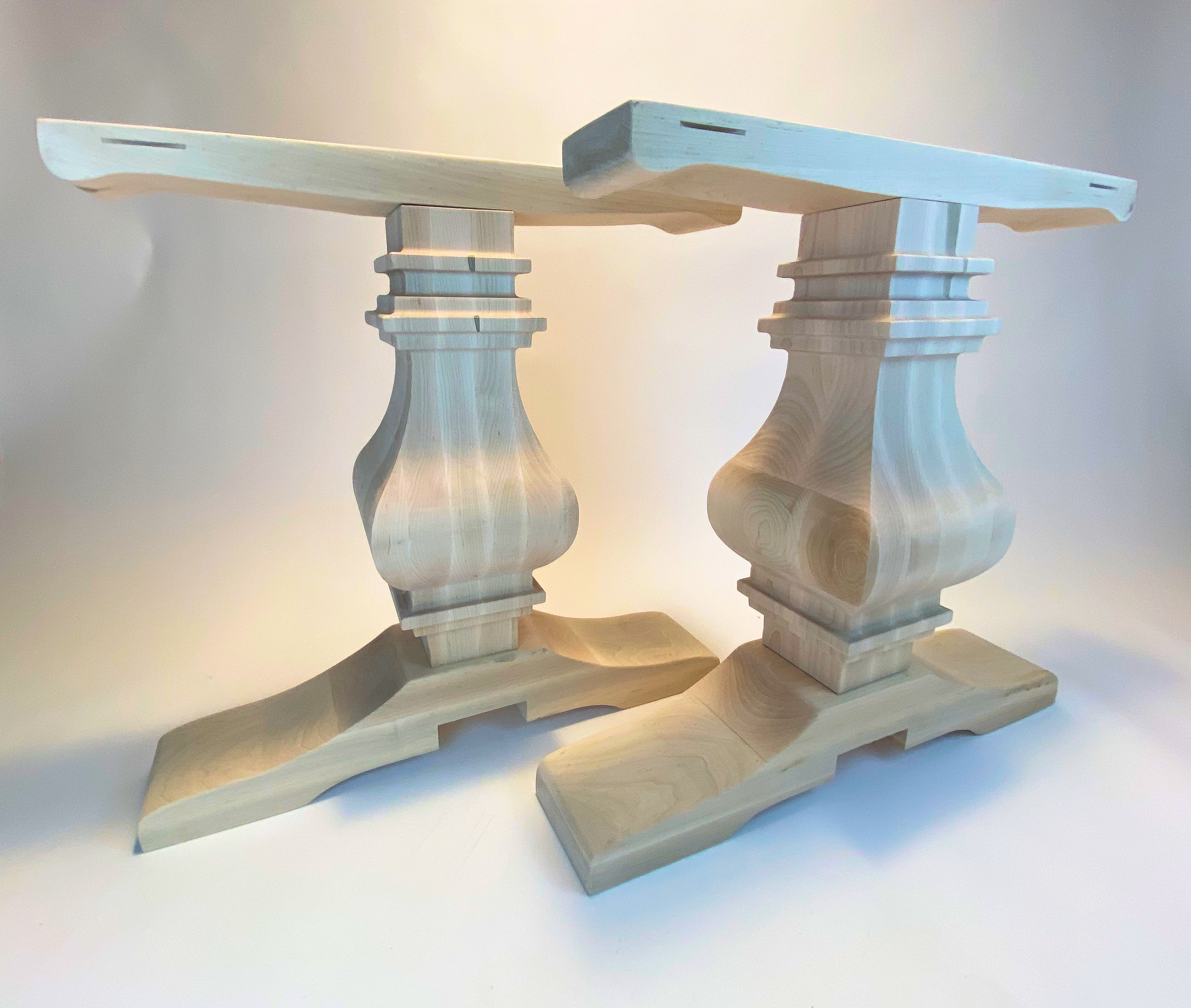