COVID19: An Open Letter To Our Woodworking Partners

To our customers and industry partners:

Salice America understands the uncertainties placed on all of us with the arrival of the COVID19 virus. The health and safety of our employees, families and customers is our first priority.

Salice America however continues to operate and ship product as always to our distributors and to our customers. Our warehouses are well stocked and our factories in Italy continue to produce.

Below is a letter we sent to all of our customers last week. Our status remains the same today. We are open for business. We know however the uncertainties of these times and promise to relay any status changes.

On a similar note, would you guys mind leaving comments here regarding your shops status? Are you open for business? Have you run into job installation issues? What steps have you taken to address this in your shops?

Best of luck to all and stay safe out there. 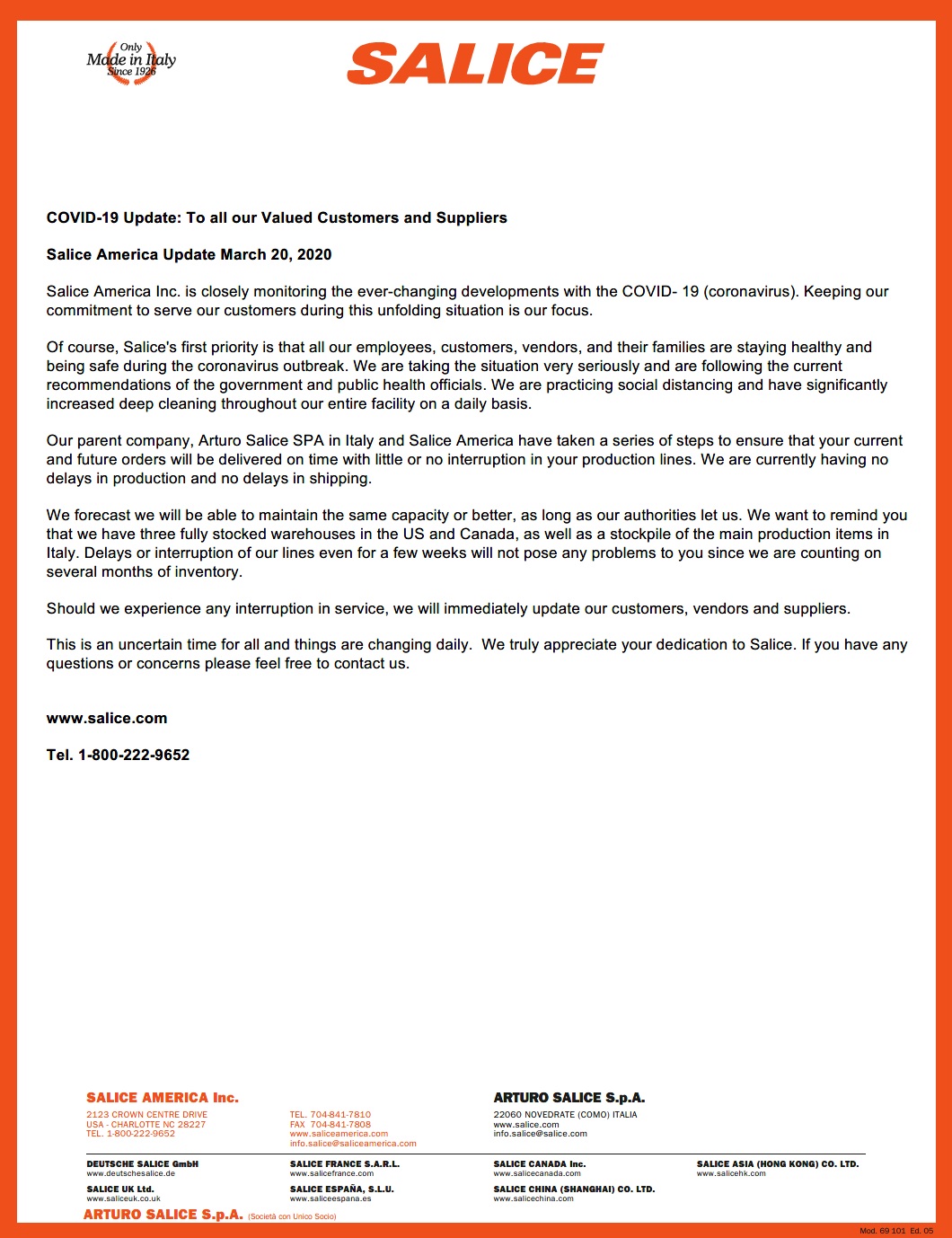 Our small operation is closed for the duration. We are hiring a company to deliver some completed work, but other than that we feel it is impossible to work and adhere to the recommendations. We feel the guidelines as adopted by the gov are a bit short and certainly late.

We are still open in Columbus, Ohio. Most of our front-of-house staff is telecommuting, so our office is closed. We do commercial casework, primarily for hospitals, so under the current rules in Ohio we are considered an essential service. The use of PPE and constant cleaning is slowing production down, but for the time being we are staying the course. Currently only one of the contractors that we are working for has closed their sites.

Im fearful the construction industry could take a hit on this one if it doesnt blow over/peter out. My state just issued the stay-home order and the governor of course made sure the order was worded that all natural resources, manufacturing, and so on, was exempt which means its a shut-down in name only.

We do zero install/field work but this morning was forced to swing by a jobsite and there was ZERO PPE in effect, ZERO hand sanitizer anywhere to be seen, and while the GC's office staff are safe at home cracking the whip, the crews (and unfortunately myself having to walk on the job-site with hands in pockets and staying very very far away from anyone) are left out working.

States that are not doing strict enforcement may likely see a heft spike from the construction world.

Having spend 30+ years in the trades the bravado that tends to pervade that world has the potential to be a bullet hole in the foot.

I am in Michigan and our Governor issued a Stay at Home order Monday. On the State Web site, it stated the "Workers who support the manufacture and distribution of forest products, including, but not limited to timber, paper and other wood products," we listed as essential industries. I assumed this meant that we qualified as an Essential industry. The State sent out a letter yesterday stating that only work that was essential to sustain life would qualify. As of today, we are shut down. My accountant told us in a Pod Cast that employees classified as essential to the survival of the business could work. As an example, he said someone that does billings or pays the bills. As the owner, I will continue to work, I do drawings and engineering. Also, I have one other person that does billings and bids jobs. We are in Northern Michigan. The majority and I mean over 92% of Coronavirus cases are in the Detroit Metro area with another 2.5% in the Grand Rapids area. The Upper Peninsula had one case. Upper Northern Michigan which is where I am has had 15 cases total. Another point, the Federal Government has delayed the April 15th tax filing to July 15th, but they have not delayed the 2nd Quarter tax filing for estimated tax payments which is June 15th. The State of Michigan has not delayed the April 15th tax filing. This is going to be a tough year. There are shops in this area that do work for the Airlines and Hotels. We are shut down until at least April 13th. I do not anticipate calling everyone back. Maybe later, but I doubt all at once.

Thanks, Paul. I am quite familiar with the cabinetry produced to service the airlines in Northern Michigan. Wishing you the best.

Minnesota here. The governor called for staying in place today.

Construction is excluded from having to do so, so we're still running. We will continue to work until forced not to, but I'll keep working by myself if it comes to it.

We are in IL / suburban Chicago.

We are allowed to work by an exclusion in the state stay in place order.

Below is a letter sent to Salice customers and distributors and posted on the usual social media formats. Should you have any supply needs or concerns that we can be of service, please let us know.

Wishing you the best and our continued support. 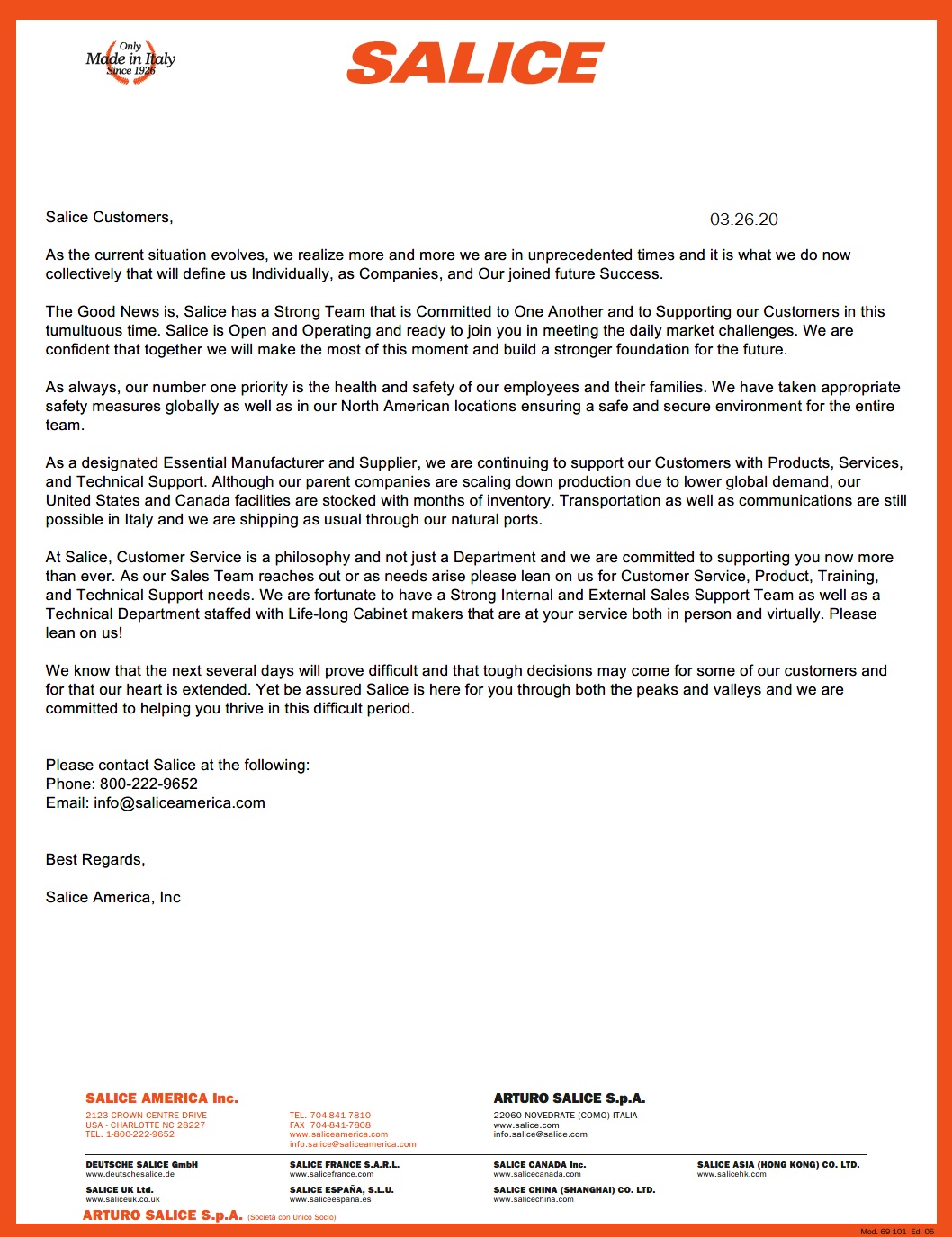 Thanks for this thread and info.

It has been like tip toeing thru a miefield to get info or make decisions. We had a call yesterday from a GC to complete some small punch items in a ned medical facility. the owner hospital kicked out all non medical personnel until further notice. he wanted to go in anyway, i asked him who was in his office at this point he then told me no one , we are working from home. I told him to have them meet me at the facility.... He then dropped his issue...

We have some work to continue and SC has not issued a "Shelter in Place" I have applied for assitance for the men and will continue to tip toe thru this .. Keep posting this is valuable !

That was awesome James, well done! For the most part what I am seeing is the (currently sequestered/telecommuting) white hats are using the construction exclusion to keep us working. Their only skin in the game is pocketbook, not health and welfare.

For those with employees traveling (even locally) this may be something to consider to have them carry.

We ask that our employees traveling in locations with travel restrictions, such as shelter in place, to print and present the attached if stopped by law enforcement.

Your state and municipality likely will have different specific restrictions but I think it would be benificial for you to have something like this for your locality if you continue working. 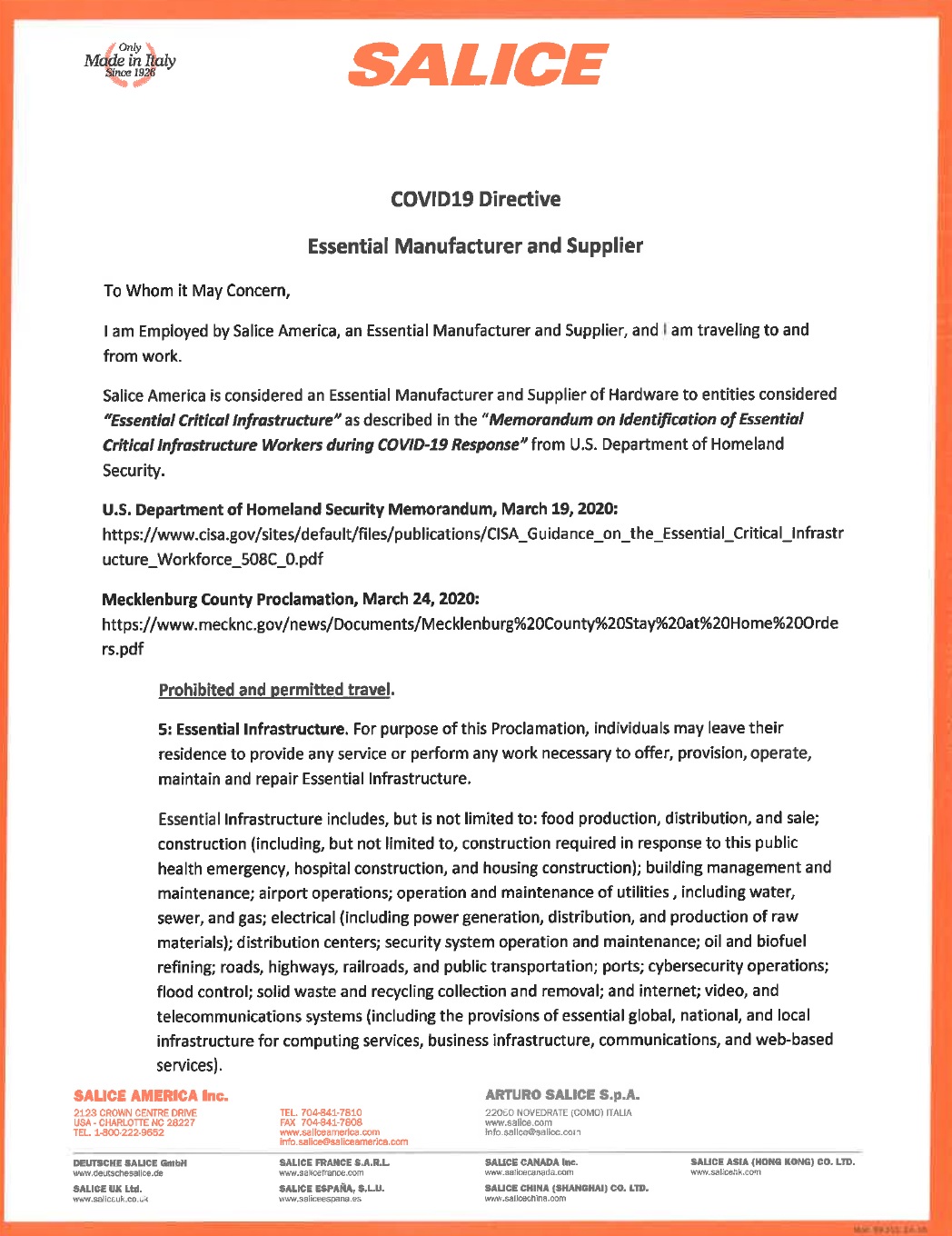 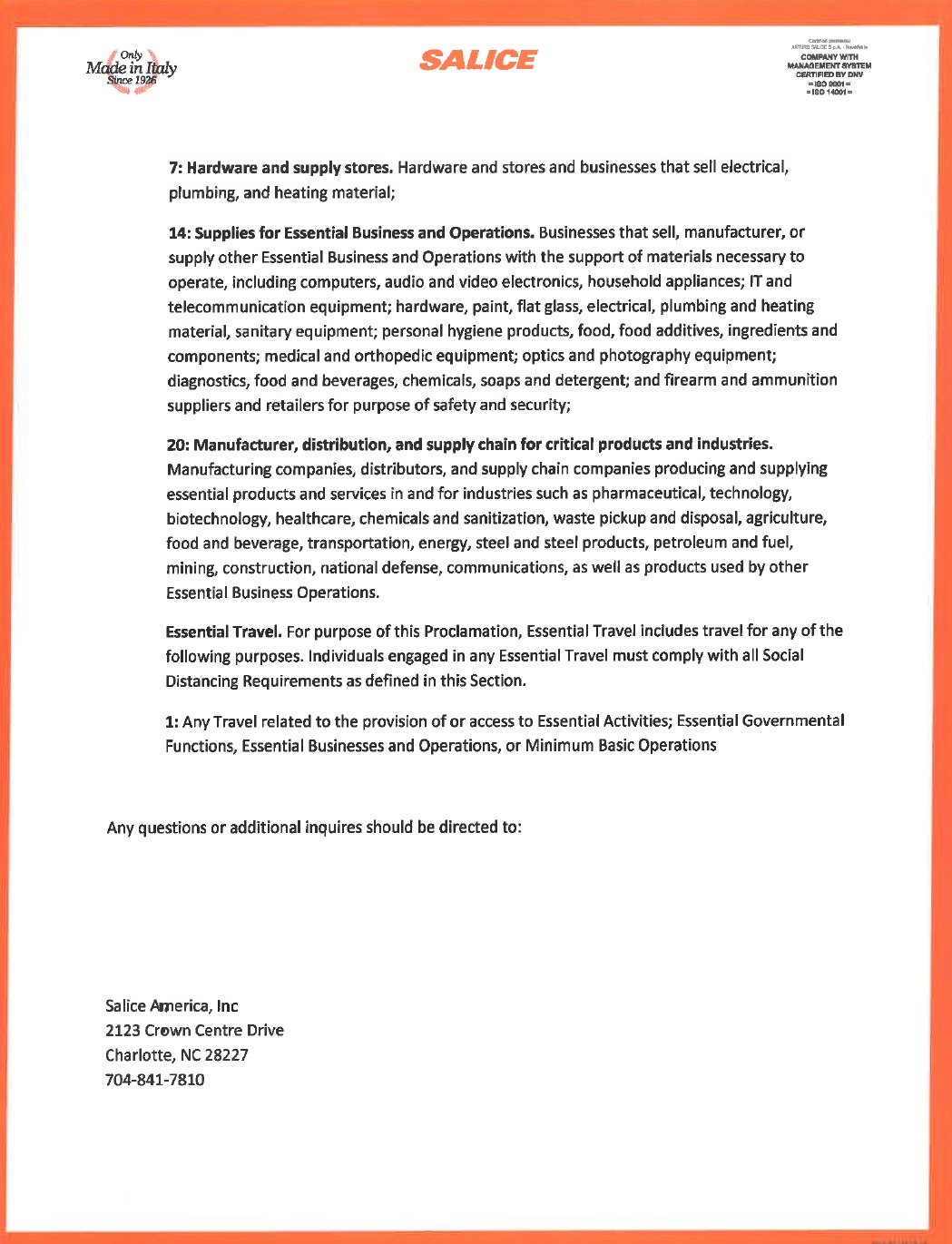