Was wondering if I could reach out for some help. I'm starting a small business and am working with a local shop to manufacture parts from 3/4" stock on a CNC router for me. There's not a ton of shops in town with CNC's and I feel like I can get along with these guys long term, so I've been trying not to be a pain in the ***.

I use Fusion360 to design my parts in CAD, in 3D. They use Cabinet Vision ("CV") with S2M to operate their CNC router. I'm trying to find the easiest way to send files from Fusion360 to them to be cut. Previously I worked with a manufacturer who could import a .DWG part that I exported from Fusion360 and instantly nest and make my parts for me, but unfortunately I've moved to a different town and had to find a new partner. I've never worked with CV but I understand that .DXF files are the only way files can be imported.

Fortunately, I am able to nest my parts inside of Fusion360 onto 4'x8' boards, and then export this file as a .DXF, either as individual boards or all as one file, with colors to represent different operations (perimeters, cutouts, and insets) [see attached file]. All of my operations are "2D" (no edge-boring).

However, I am running into two issues.

2) Currently, the manufacturer has to open my .DXF in AutoCAD to keep the missing features, then re-export as a 2007 .DXF, which they can then open in CV. However, even when they do this they have to manually trace and create all of the features (i.e. holes and perimeters) which is time consuming, and is not nearly as convenient as how it used to work with my previous manufacturer.

Essentially what I'm looking for is just some advice on how I can send a file that my manufacturer can open. Alternatively, I'd be willing to buy some software for them that would let me do this easily, if anyone is aware of any that might help solve my problem reasonably economically. They use a Biesse CNC.

Thanks in advance everyone! I've attached the file just in case anyone wants to take a peek.

I am not an expert in Cabinet Vision but a friend and CV expert was able to take your sample DXF and bring it into the S2M Center of Cabinet Vision. You need to be certain the files are closed geometry and always use the same layer names for dado’s, routes, and drill holes.

I am sending you his contact information in a separate email message. He is willing to discuss this with you in detail.

Whether can be done or not is usually irrelevant as invariably the guy with the cnc wants to redraw it in CV so as to avoid a disaster.

That is a pretty simple file. If there are a ton of CNC shops, find one with AutoCAD, or a CAD/CAM suite. I once ran Cabinet Vision and could never have done my job well without another software suite to make non-cabinet custom items. Just look for someone with better tools.

I created an AutoCAD plugin that can go directly from AutoCAD to S2M:

The 20mm holes in the dxf you attached are not round holes. 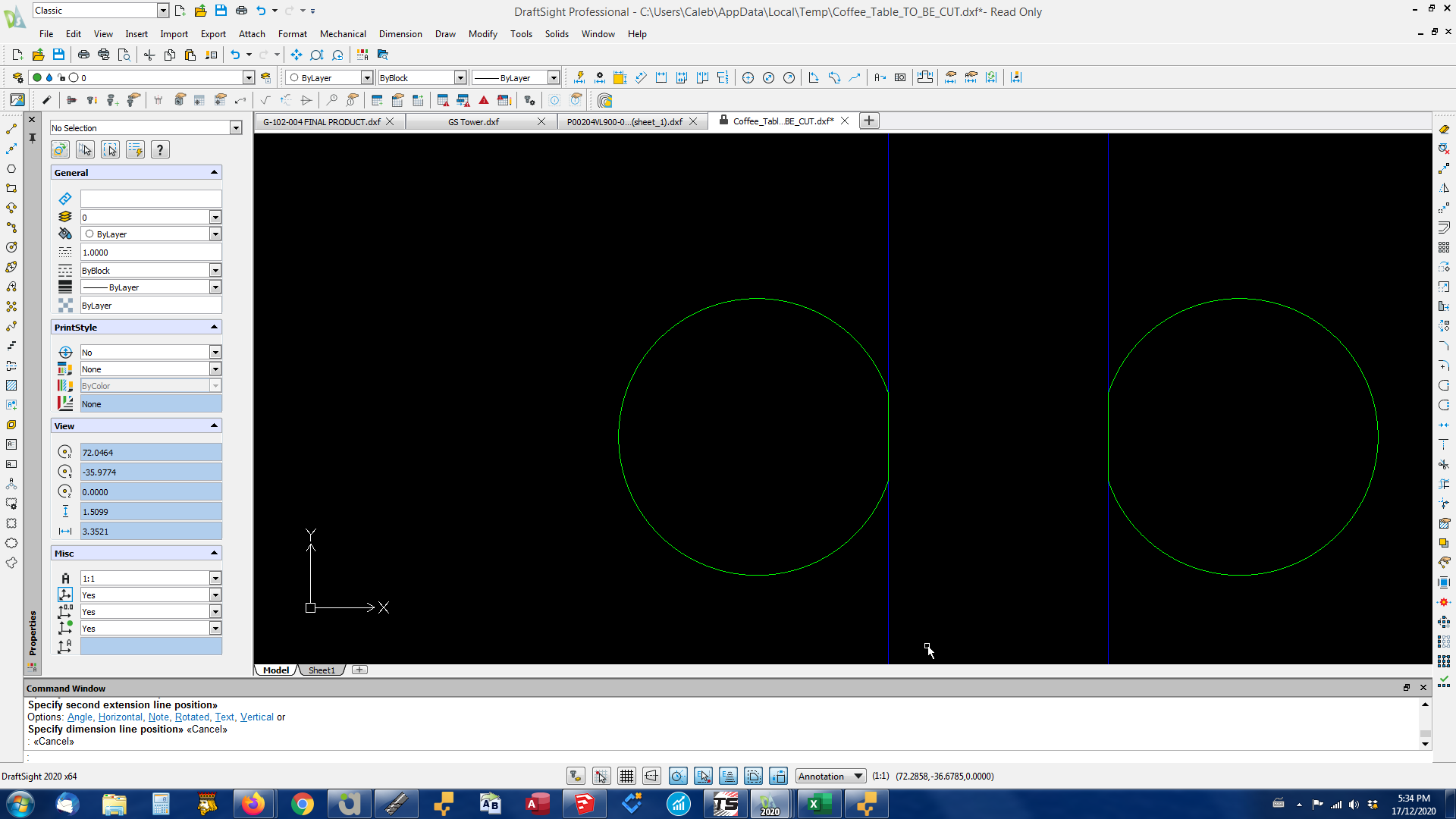 Nice catch Dropout. I missed that. Would be nice of the offending geometry was identified by the code.

Jonah, your link didn't work, so I posted another. There is a switch to type to use different .NET builds. Last I looked, Rich Greenhoe, who wrote most of S2M, is over at Mastercam now and that Alphacam now charges for a SmartLister to work. ROTFL. If I write anything for the future it might be in Python, as the same code, with some import switches, will work in Bricscad too. :) A bunch of people helped over the years. They all had a hand in putting in the hard work.

I have a c++ brep rep traverser that dumps solids into a lisp container for VB or C# to pick up too. There is an error with normals in the results of the normals attached to the brep that acad seems to have at its core or is an inheritance from the brep limitation. Regardless, most solids work fine. I did find a way, in my head, of how to double-check each normal by putting the solid into another larger know solid and subtracting it and breping that one too and then comparing their outputs.

Avoiding that check which requires acad automation, directly, or by the core.dll, which I have never used, allows for 1/2 million solids to get dumped in seconds. Doing it when only necessary is an option though. It has to do with stepped routes. If the normals are reversed there is not have that part not machined from the wrong direction. With the db encrypted, the brep is a nice work around if the dump is good. The speed increase in doing it all in code only requires writing the new files, pretty much. It's about a couple of orders of magnitude faster.

My understanding is that Alphacam, years later, finally came out with their own feature recognition module. If Rich had a hand in that, especially because we did work together at times, I have confidence it works pretty well. For those that use CV, this is a nice option if it works. It's pretty cool you share it.

I found with winapi stuff freely available mixed with fkeys or sendkeys that I could automate most any wimdows application to do more. I don't want a bunch of companies getting mad at me for allowing others to see what is possible that they are not getting.

It's important to me that people own their copy of the software as an asset and have the freedom to do what they need to do.

There is a line between those that know and that don't and that is frequently exploited by many. They charge people now for code that was written long ago, is free, and is basic 101 stuff and they lock them into paying for it. Wish you well. It you want to discuss more please let me know. Have a great day.

Hmm, I posted a reply but it hasn't shown up yet. I apologize if this ends up posted twice.

Thanks for the corrected link. I assume you're referring to the fact that the surface's normal sometimes points inward and sometimes points outward? The linked project does not do feature extraction, but I have other projects that do and have run into this myself.

I obtain the surface normal, and then displace a point on the surface by .01 in the direction of the normal. I then use the brep solid's point containment to check whether that new point is inside or outside. For my purposes I want all my normal vectors pointing inward, so if it is outside I simply negate it.

I tested a half dozen methods of this before settling on this one- it has the fewest edge cases and is the most performant of the methods I discovered.

I may be a little dense- sorry about that, but I'm not sure what you're getting at with your last 3 paragraphs? Maybe you can expand?

I believe I have seen cases where checking to point on a plane, or close it, does not help. If you come across that let me know. The rest was just rambling about how I don't like some of the industry behavior.

OK, thanks. To be clear, the plugin linked above is free for anyone to use. Mostly because I don't want the hassle of having to provide support- I want to be able to say "hey sorry if it doesn't do what you want, but it's free". :)