I plane alot of rough sawn clear cedar, and I'm getting tired of ruining my knives when hitting staples, even after we check and double check for them! Just dropped off 3 sets of knives for sharpening and it's getting old so old.

So I need a better detector the the cheap harbor freight one I have, hopefully one that's specifically for scanning rough lumber. Would anyone have any suggestions for me?

another question, we often find little round pieces of something hard embedded in the lumber that's also chipping the knives I bet, what is that, road grit from Canada? 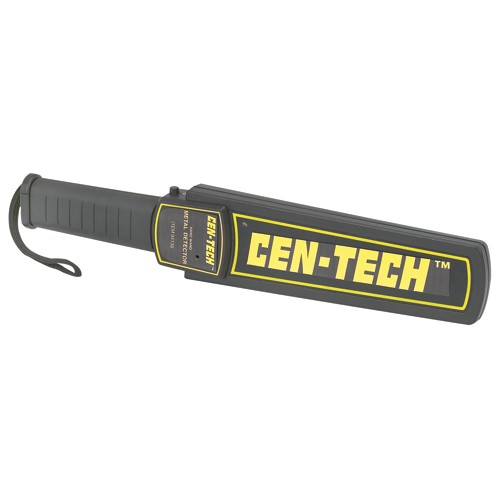 The grit is small bits of gravel coming from the forks and yard of the folks that handle the Cedar before you get it. Watch how the handle it, often setting one end in the gravel, then picking it up again. This puts hundreds of little bits into the wood, to be found by your knives.
Do not set lumber on a concrete floor when storing, or it will pick up grit and nick the knives.
Carbide? Talk to Russ and see what he has to suggest.
http://www.mr-moulding-knives.com

It is true that carbide does not have as sharp of a cutting edge as HSS. For many species of wood, HSS knives are a better choice. Poplar, many pines, firs and many cedars will finish better with steel versus carbide.

Do you have a link for those DGK knives? When I google it all I see is Dirty Ghetto Kids :-)

www.moulderservices.com. Has the info on the DGK material

I'm not sure where it's made, but we use a Garrett metal detector purchased from Amazon. It works great, even on "cut-backs" (i.e. 9' boards in a 10' pack).

However, I have this tidbit to add. We have long been annoyed by staples in wood. The metal detector was Step 1. Then we found a company that had developed Composite Staples - you can machine them with no damage to woodworking tools! Rather than wait for the Trickle Down effect, I decided that we would take the helm and show our suppliers that our money was where our mouth was, and we Wanted Composite Staples. So we bought the Special Gun (about double the price of a regular one) and bought a case of staples (more than double - don't remember off-hand) and started using them.

First impression - good. They worked every bit as good as metal ones.

However, one of our suppliers started using composite staples last year. Since they have no Iron in them, the Metal Detector doesn't detect them (d'oh!), so we don't even bother. However, the ones that this particular supplier is using are hard enough that they wreak havoc on our HSS and even Carbide Insert knives... Not as catastrophic as standard metal staples, but it would almost be better if they were, because it makes someone wonder "is this bad enough to have to do something about?!!"..