ADA compliance question. I know that it does vary from state to state but I would appreciate some help interpreting the attached figure. We are manufacturing a commercial bathroom vanity with a drop face on the front. If the photo in the provided links is your ADA reference on your set of plans does the photo refer to my described application or to a wall hung vanity or both? We have always maintained 29" clear at the front of the counter and 27" @ 8" from counter face but the project owner is saying 27" is all we need. The architect is mostly out of the way at this point so he is not really an available source on this one. Any ADA gurus that could chime in on this one would be appreciated.

There are some locations that a single use lavatory can be 27" at the front ( a sink used to wash hands and dishes is a multiuse sink).

Wilsonart makes the best sink I have seen to easily meet ADA and good visuals. 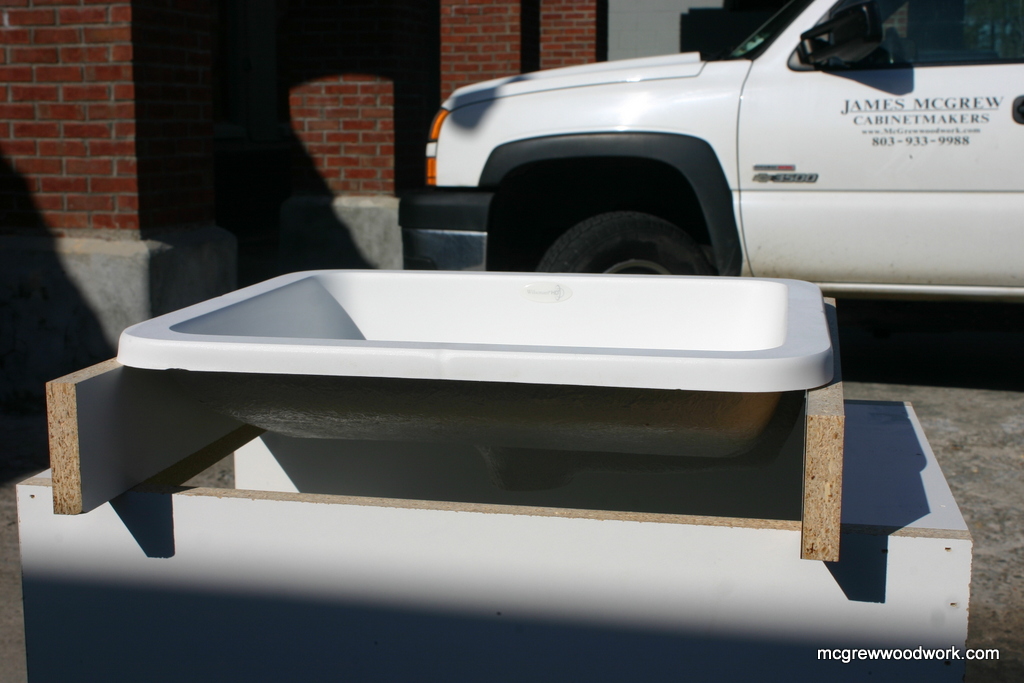 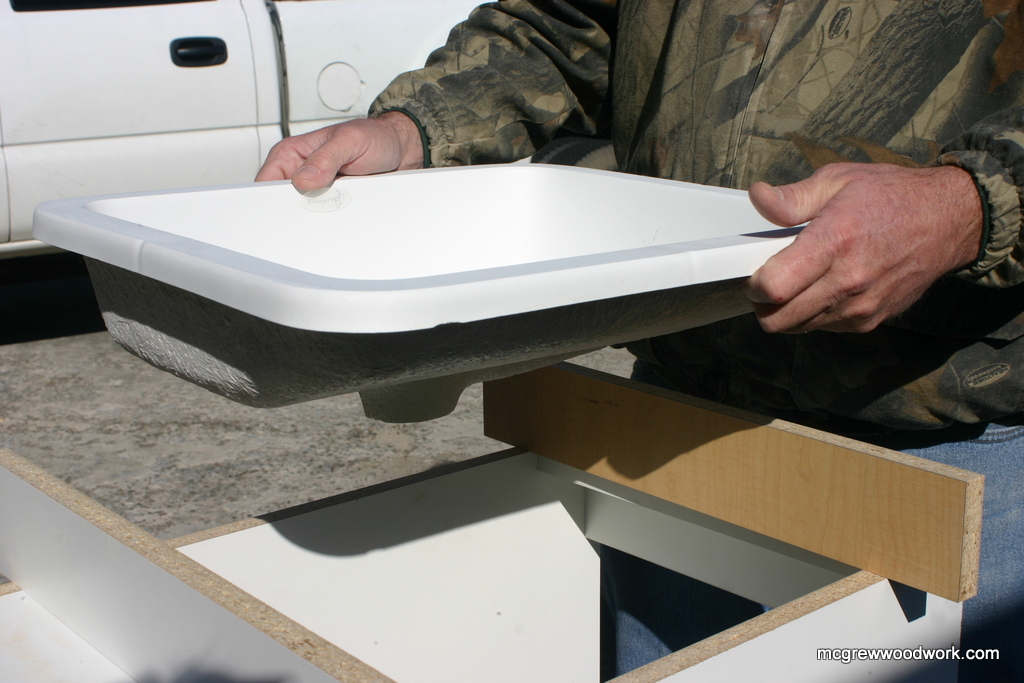 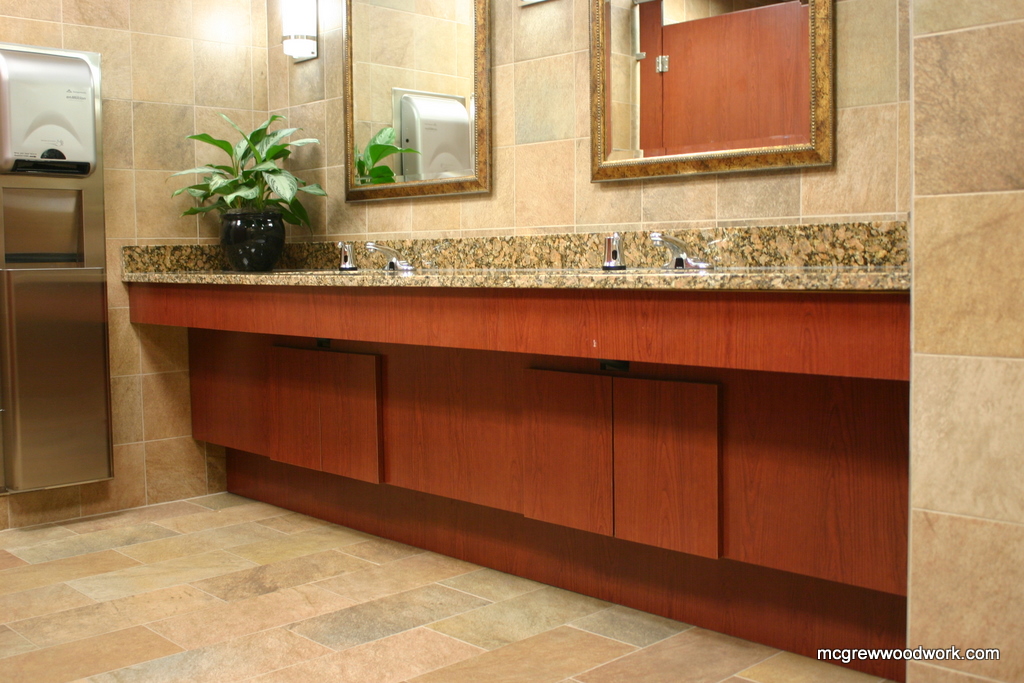 Thank you Alan and James for your responses. Although that fig. 31 was stamped on the plans I could not find it in the Florida Building Code. 29" clear was not mentioned anywhere. The owner and architect are in a pissing contest so the architect is not an option for reference. Owner chose 27" clear and he is on the hook for it. James, I do agree that the ceramic sink manufacturers really stir the pot with the ADA. It is pretty common that the sink that is chosen does not fit if they want panels on the front even though it is an ADA sink. We have had to get creative by routing the back of the sloped panels where they meet the overflow.

you can see in these pics the notch done under the sink to make the panel work.

The inspector on this one was a real right out of class who made us move the panel back 1/4 inch. and yes he was right to do so.

We are hanging the front panel on with "star Hangers" so if a plumber has a problem the panel can be removed without damage, the doors allow workers to change soap on electronic dispensers with out having to remove an angled panel.

pretty sure the 27" leg ht was approved here 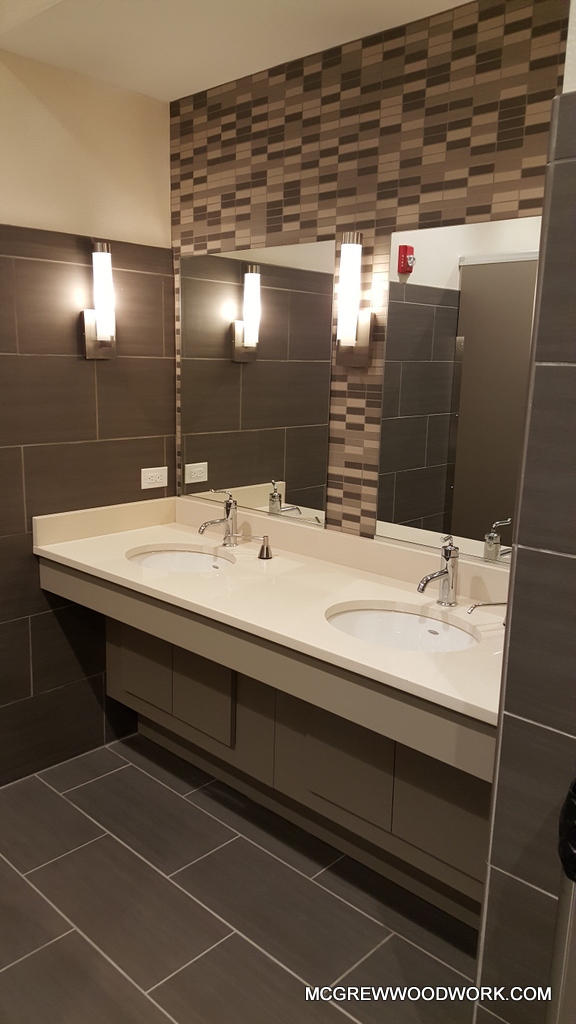 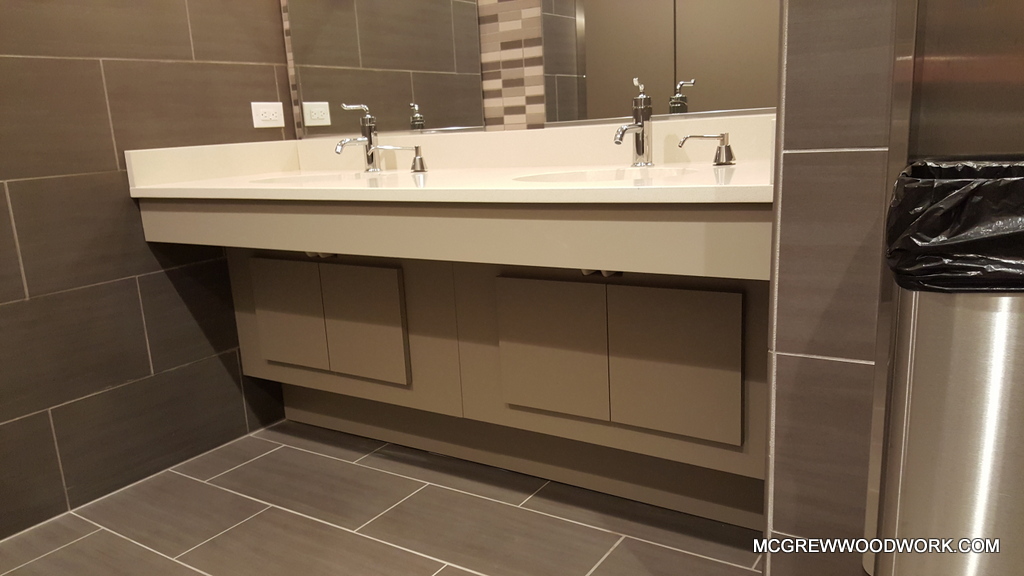 I like the way that is done. Does it work with a regular ADA P-trap? Thank you again for sharing.

this is a cut profile of this style of ADA vanity.

I created this because we had major building clients with multiple floors who switched to electronic soap dispensers, the effect of this was lower paid cleaning personnel were damaging the angled panels by having to take them on and off every few days, most times it was not even the same person.

one new building asked us to re panel all 23 floors and refused a retrofit, we declined another company did this for them and withing three months they again asked us as the new panels were again damaged. again we refused as by this time we were way to busy and they had lost sooo much money on this they wanted a discount. (cannot fix stupid saving too much money)

previous to this soap dispensers were pump models and could be refilled from the top.

the dxf of the sink shown is the Kohler claxton, a most popular here in Columbia and claimed to be ADA by kohler. honestly they could do a lot better.

the notch you see is not the entire width of the sink from the front, it is an oval underneath, the most profound part is the over flow for the sink which if kohler would put on the side or back like wilsonart did would make this even better,

SOMEONE SHOW THIS TO KOHLER, I have not been able to get their attention.

1) this design has met the 27" rule x depth by federal, state city and county inspectors In my area.

2) do not do this without approval, by a certifying person. IE: architect engineer or code approval person.

We built a sample vanity for them to see before we built anything and we still get the sceptics. the landlords and designers love it. we put in few angled panels and we have done this at a major university, government and federal buildings 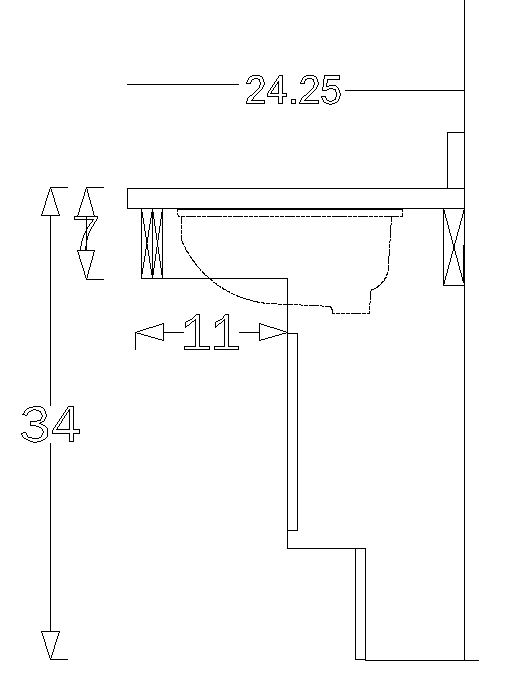 Wilson art got it right but it is an acrylic sink 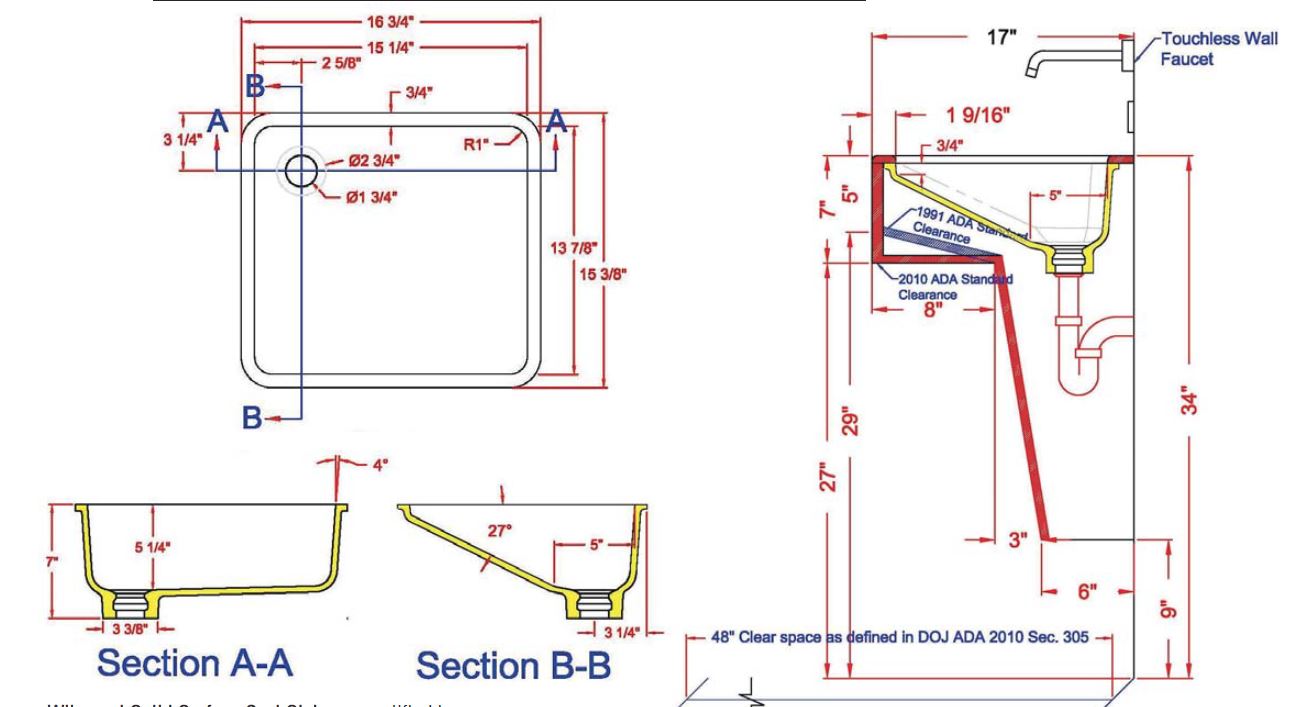